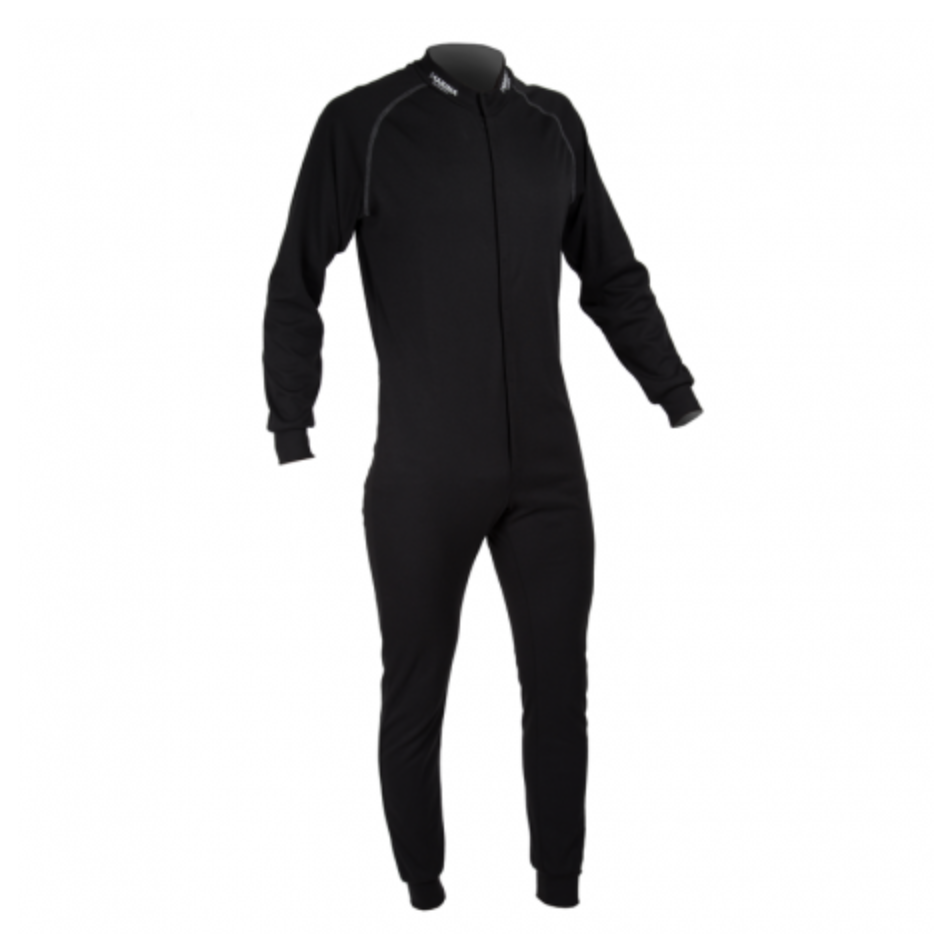 MARINA M1 Pyjama is designed to act like a second skin and made with the elast 1®, exclusive to Marina Racewear, in its version of knit, for adhere to the body and avoid friction between underwear and skin.

MARINA M1 pyjama form Marina Racewear is designed in one piece to fit perfectly to the pilot's body with the objective to minimize friction. By being made in one piece, pants and shirt, were eliminated seams, elastic rubber band and double fabrics in the part of the waist, making the garment more comfortable and ergonomic. That way the feedback between the body and the backet is increased, improving the precision and efficiency of movements. Also, it MARINA M1 pyjama has a front opening from the neck to the pubis and joins with small pieces of Velcro to facilitate action to put or remove the garment just off the car.

MARINA M1 pyjama uses the elast 1® fabric extra soft and made with ultra flat seams inside to avoid friction and irritation. elast 1® technology, provides the pilot comfort, softness and fire protection, thus complying with all standards FIA 8856-2000 approval according to the report issued by the official laboratory FIA.

Note: For hygiene reasons, underwear can not be returned.

Save this product for later
Display prices in: GBP